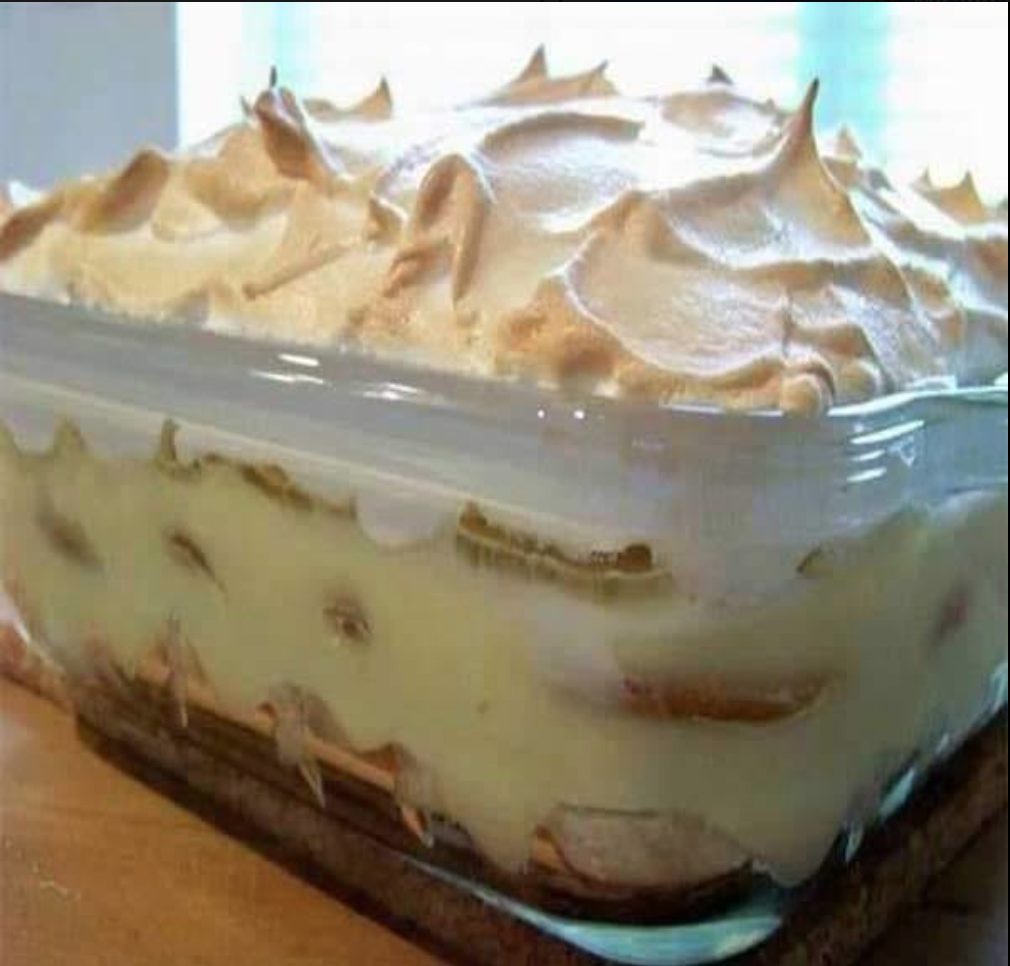 
DIRECTIONS
Mix flour and salt in a large sauce pan.
Add milks and egg yolks to pan slowly, stirring constantly over medium heat, until mixture thickens, about 7-8 minutes, then remove from heat.
Stir in vanilla.
Layer enough banana slices to cover the bottom of a 2 quart casserole dish.
Cover the bananas with 1/3 of the pudding mixture, and layer with 1/3 of the vanilla wafers.
Repeat layering, starting with bananas, then using pudding, then vanilla wafers.
Do the layering a third time as usual, except do not cover the pudding with wafers; place the wafers around the edges of the casserole, tucked into the pudding.
Beat the egg whites at high speed with a mixer until they foam.
Add the sugar gradually, and keep beating until stiff peaks form.
Spread this over the top of the pudding, forming a seal to the edges.
Bake pudding at 325F for 25 minutes or until the meringue becomes light golden.
Allow to cool 30 minutes before serving.
Refrigerate unused portions.